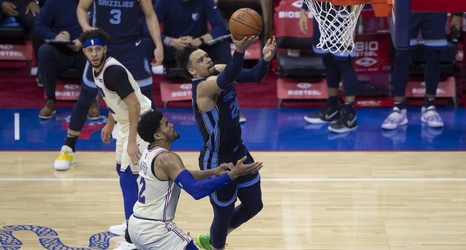 Tonight, the Sixers lost to the Memphis Grizzlies at home, 116-100.

It was a listless affair from the opening tip-off for Philadelphia. For much of the first half, the team’s defense kept the game relatively close. The defense unraveled in the third, however, yielding 45 points to the Grizzlies in that period, as the offense continued to sputter.

Joel Embiid was held out of the game in an effort to be cautious with the big man, who returned from a three-week absence (knee) on Saturday. Mike Scott started in his stead.

Ben Simmons once again struggled, scoring only seven points in 26 minutes, and failing to meaningfully assert himself on either end of the court.