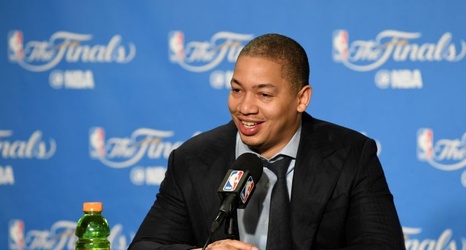 The Sixers and Tyronn Lue seem destined for one another.

The Philadelphia 76ers ousted Brett Brown after a disappointing end to a disappointing season. While the next head coach has not yet been named, smoke has consumed the organization. And when there’s smoke, more often than not, there’s fire.

Tyronn Lue, of Allen Iverson step-over fame, is the overwhelming favorite to take the Sixers job. According to 94WIP’s Jon Johnson, Lue is “close to a deal” to become Philadelphia’s next head coach. This comes not long after reports of “strong mutual interest” between the Sixers and Lue.