Sixers return to Philly for second preseason game vs. Raptors 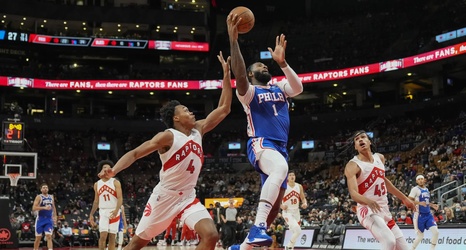 As the Sixers started their preseason without Joel Embiid and Tobias Harris, facing a Raptors team energized by their return to Toronto after more than a year away from home, they wound up losing their first game, 123-107.

The Sixers shot just 8-of-34 from three and struggled to create offensively against the Raptors’ host of athletic, rangy wings and forwards. As the Raptors shot 50 percent overall (they scored easily against super small lineups with Georges Niang at center) and hit 15 triples at a 44.1 percent clip, the game wasn’t close after the Sixers lost their early lead.