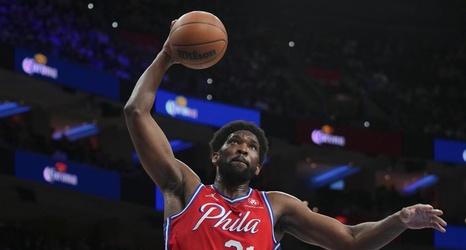 The NBA announced that Joel Embiid has been named the Eastern Conference Player of the Month for December.

Embiid’s dominance has been well documented over the past few weeks. After a slow start, Embiid has returned to MVP form, putting up impressive averages of 29.2 points and 11.