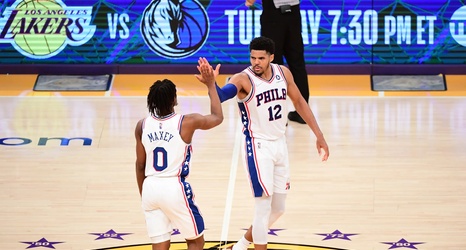 James Harden and Joel Embiid returned to the lineup Wednesday night, as the Sixers started their West Coast trip by knocking off the Los Angeles Lakers, 126-121. Despite looking like the better team for nearly the whole game, the Sixers let the Lakers hang around all evening. Embiid had yet another 30-point game, along with 10 rebounds, three steals and three blocks on 61.8 percent true shooting. Harden got off to a slow start but finished with 24-7-7. Tyrese Maxey continued to be an efficient dynamo, giving the Sixers 21 points on 70.6 percent true shooting.