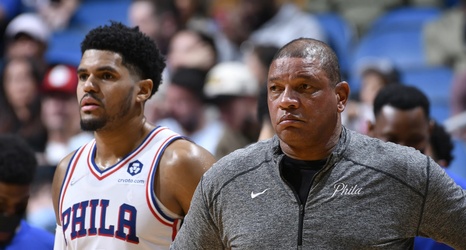 After a month without news on the Ben Simmons trade front, ESPN’s Adrian Wojnarowski reported that Rich Paul met with the Sixers front office in Philadelphia to make progress on a trade. This came a day after Marc Spears and Brian Windhorst reported the Sixers are trying to include Tobias Harris in a potential deal.