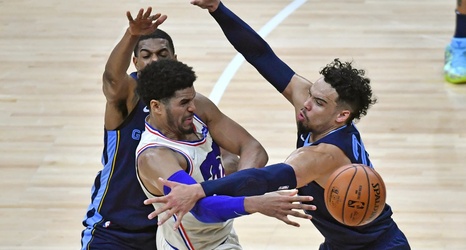 Having played the night before, the Sixers entered Sunday night with a rest disadvantage and without Joel Embiid, who sat out after making his return from injury against Minnesota. In the first half, the Sixers ran the clogged toilet offense and fell behind by 10 points. In the third quarter, the clogged toilet started spewing sewage everywhere, and Memphis exploded for 45 points in the period.