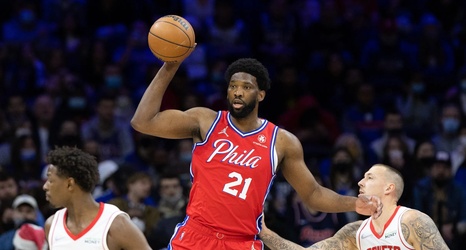 Back in Wells Fargo Center for the first time since Dec. 23, the Philadelphia 76ers welcomed a shorthanded Houston Rockets squad to town Monday evening. After track meet of a first half that saw the Sixers enter intermission trailing 63-62, they tightened the screws and cruised to a 133-113 victory for their fourth consecutive win.