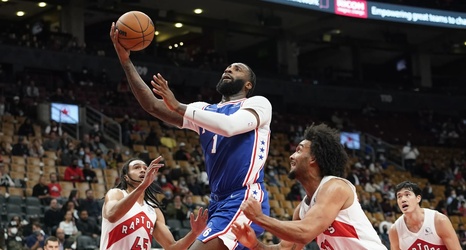 After three and a half months without Philadelphia 76ers basketball, they returned to the hardwood Monday for their preseason opener and fell to the Toronto Raptors 123-107. Both teams were without key players, including Joel Embiid, Tobias Harris and Pascal Siakam. Led by a glut of rangy, multifaceted wings, the Raptors used a 21-2 run midway through the first half to seize control and never trailed the rest of the night.

The Sixers will look to nab their first preseason victory on Thursday when they face the Raptors inside Wells Fargo Center at 7 p.