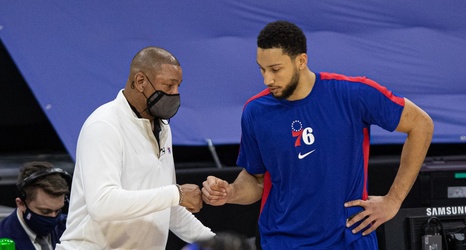 The Sixers will start training camp on Sept. 28, less than one week from today. With the return of NBA basketball imminent, there’s an extra weight to all of Philadelphia’s biggest questions — from potential roster squabbles to the 6-foot-10 elephant in the room.

Despite the extreme discord between the Sixers and Ben Simmons, there are generally positive vibes around the organization. Joel Embiid signed his supermax extension and won’t leave Philly any time soon. Danny Green and Furkan Korkmaz both re-signed. Tyrese Maxey has been working hard all summer. Jaden Springer is a cool rookie.