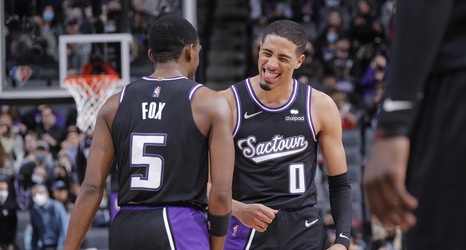 The NBA’s February 10 trade deadline isn’t too far away now, and with the Sixers seemingly no closer to finding a deal for Ben Simmons yet, they’re going to keep popping up in various trade rumors. While nothing close to groundbreaking has happened, there has at least been an update regarding the Sacramento Kings.

In recent months, it’s been reported that both De’Aaron Fox and Tyrese Haliburton have been off the table and wouldn’t be offered in a possible Simmons trade. Now, The Athletic’s Sam Amick has reported that even though the Kings would prefer to hold on to Fox and Haliburton, both players would now be available in trade talks if the right deal comes along:

More specifically, sources say Kings owner Vivek Ranadive has continued to make it clear to McNair that he has the green light to do whatever is necessary to meet those goals.