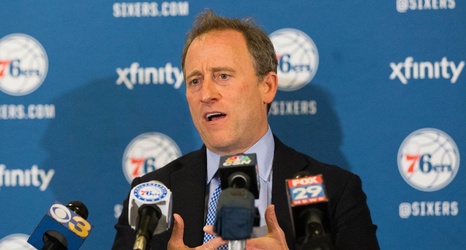 On Monday, the Philadelphia 76ers hiring of Jerry Colangelo signaled that ownership had become frustrated with the pace of the rebuild. It was the first radical change Josh Harris has made that didn't involve players. But there may be more change coming down the line, and that could mean Harris and co-managing partner David Blitzer selling the franchise.

The two just became major investors in the Crystal Palace Football Club in London and their strategy is simple: According to a business associate of Blitzer, it’s to "get to know the market,’’ as they get a footing in London and see how things operate there for their bid to land an NFL expansion team in London.