Report: Insider ‘hearing a lot about Tobias Harris on the trade market’ 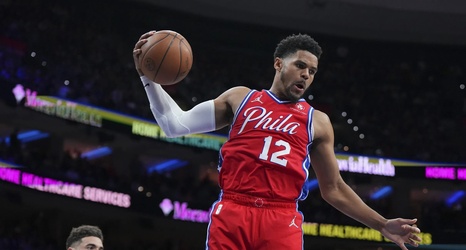 The stove is heating up, friends.

This morning, ESPN NBA Insider Brian Windhorst, forever immortalized for coining the phrase, “The Deal Zone,” which was used when Philadelphia and Brooklyn were nearing the consummation of the James Harden-for-Ben Simmons trade talks, had this to say about where things stand in terms of Philadelphia’s activity on the trade market as free agency nears:

"I don't think Philly will be done. We are hearing a lot about Tobias Harris on the trade market."

— Brian Windhorst on other moves the Sixers could move after extending James Harden#NBATwitter #PhilaUnite pic.