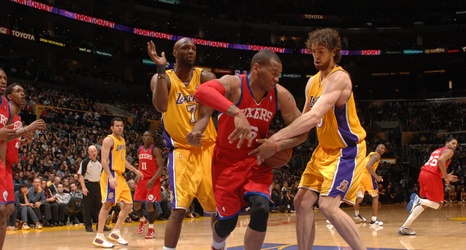 Sadly, the Philadelphia 76ers only had one pick in the 2008 NBA Draft. They ended up using the pick on Marreese Speights and while Speights was a solid enough player during his career, he ended up not being the best player available at the 16th pick.

Speights was probably ahead of his time as he was a stretch center in the NBA. For his career, Speights shot 35.6 percent on 3-pointers. If he was in his prime in today’s NBA, he’d be a primary target for a lot of teams. Sadly, his skills weren’t appreciated for the bulk of his 10-year career.