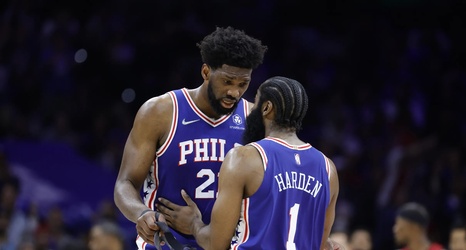 On today’s episode of The Gastroenteritis Blues, Steve and Dan are joined by the Slopmaster himself, Porter AKA TrillBroDude, who returns to the podcast once again. First, he discusses this week’s slop: James Harden is reportedly set to re-sign with the Sixers on a short-term extension after opting into his option for next season. How do the guys feel about this development? Also, Tobias Harris is evidently unhappy with the role he grew into at the end of last season! That’s a bummer. They discuss.

Then, in the second half of the pod, Trill guides the guys through a comprehensive preview of the Sixers’ draft.