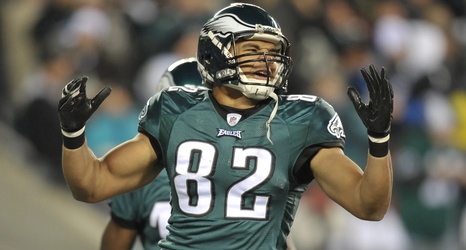 On tonight’s episode of The Gastroenteritis Blues, Emily, Dan and Steve are joined by two extremely special guests: Andrew Spencer and Clay Harbor! Andrew was on The Bachelorette season 17, and currently plays defensive back for the Vienna Vikings in Austria. Clay was on The Bachelorette season 14, and played 8 seasons in NFL, after being drafted in the fourth round by your Philadelphia Eagles in 2010 and playing with the team through the 2012 season. Andrew tells the gang about his longtime close friendship with Eagles starting linebacker TJ Edwards, while Clay tells them all about his playing days in Philly with stories about playing alongside Jason Kelce, Michael Vick, Brandon Graham, Fletcher Cox and Nick Foles.