Podcast: Is Melton a closer or backup? Ways to land Tucker? Was Embiid frustrated with Harden? Rubin sells 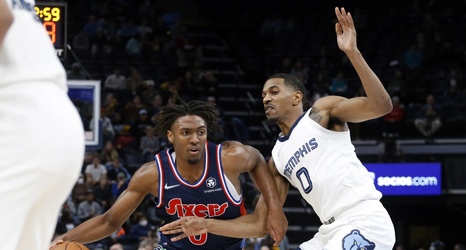 Rich Hofmann of The Athletic joins Dave Early on the podcast to talk about the biggest Sixers offseason stories.

Earlier Tuesday, we learned that the team would pick up Shake Milton’s option. Per our Tom West:

“This news comes as no surprise: Shake Milton is staying put in Philadelphia as the Sixers have exercised his team option for next season, a source has confirmed to Liberty Ballers. This update was first mentioned by Keith Smith.

It’s always made complete sense for the Sixers to exercise Milton’s team option for next season.