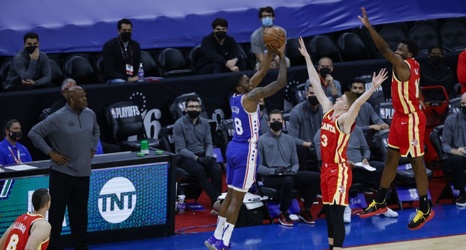 I’ll be the first to admit I haven’t given Shake Milton the best reviews on The Sixer Sense Podcast‘s more recent episodes. Based on his lack of production near the end of the season and in the first round series against the Washington Wizards, it’s not surprising that Philadelphia 76ers‘ head coach Doc Rivers used him sparingly until the third quarter of Game 2 against the Atlanta Hawks.

Milton hit two big 3-pointers at the end of the third quarter and he was a big reason the Sixers won in blowout fashion.