Philadelphia 76ers’ Tobias Harris is Proving His Worth 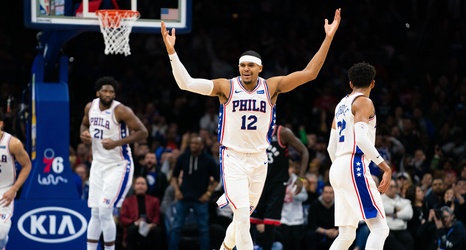 This past summer, the Sixers invested in a forward coming off a career year split between them, and the Clippers. Back in July, the Philadelphia 76ers gave Tobias Harris the fifth-largest contract in NBA history. His five-year, $180 million deal extension keeps him under team control through 2024, with no player option.

Harris has never made an all-star game, yet earns a contract mixed with the likings of Steph Curry, Russell Westbrook, and Damian Lillard. With all of the expectations around it and his lack of production early, Harris certainly was hearing it from fans.

It’s no secret that Tobi had a really tough start to the month of November.