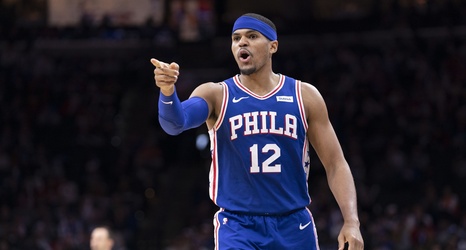 This was one of the more difficult choices for the Philadelphia 76ers “Player of the Week” award. Joel Embiid could have came away with the award, but ultimately Tobias Harris‘ steady improvement over the course of the week earned him the honor.

In the six point win over the New York Knicks, Harris had his worse game of the week. He finished with 19 points, six rebounds, one assist, one steal, two blocks, four turnovers and four fouls, while making 9-16 field goal attempts and 1-2 on 3-pointers. Considering this was his worse game, his overall week was impressive to say the least.