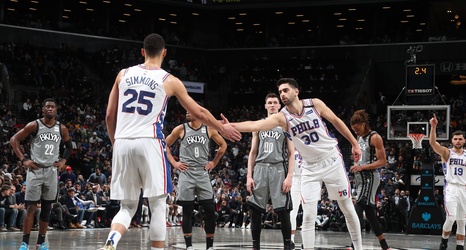 It was another week without Joel Embiid, which in turned allowed star point guard Ben Simmons to shine even more. While Simmons’ production has been good the last several weeks, this past week really felt like he took control of Philadelphia 76ers games. This has earned him yet another “Player of the Week” award.

In the double-digit victory against the Chicago Bulls, Simmons had a double-double. He finished with 20 points, 11 rebounds, seven assists, one steal, two turners and two fouls, while going 10-17 from the field.