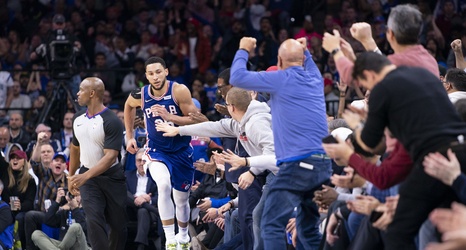 For the most part, Ben Simmons has struggled this season as a member of the Philadelphia 76ers. However, he finally had a very good week of play, which was capped off with the point guard doing something for the first time in his career.

In the overtime loss against the Oklahoma City Thunder, Simmons had 16 points, 11 rebounds, eight assists, one steal, five turnovers and six fouls, while converting 6-8 from the field and 4-6 from the free throw line. Excluding the five turnovers and the fact that he fouled out of the game, Simmons’ had a pretty good outing.