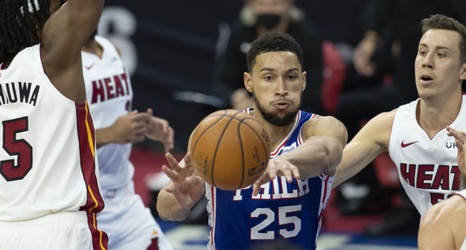 Regardless of your opinion about James Harden, it is clear the Philadelphia 76ers were willing and ready to trade Ben Simmons — and more — for the 31-year-old superstar. That trade fell through, and now the Sixers are approaching dangerous territory.

Ben Simmons is a 24-year-old All-NBA and All-Defense honoree. He has made two All-Star appearances, with more in his future. He is locked up on a long-term deal — five years, guaranteed. And yet, doubts over Simmons’ Philadelphia future are beginning to creep into the discourse.