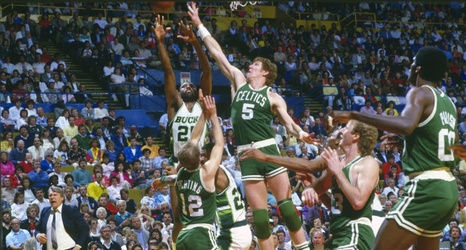 A common refrain this offseason as the Philadelphia 76ers added Daryl Morey, Doc “Call me Glenn” Rivers, and a much more compatible supporting cast, was “but what position will Ben Simmons play?” Joel Embiid is a generational talent, but the key to the Sixers future lies with trying to unleash the limitless potential that Simmons has teased us with, but has yet to fully deliver.

If this team is to take the next step to contender status the answers we seek might just lie in the past, with a team that Rivers competed against as a young player: the mid-1980s Milwaukee Bucks.