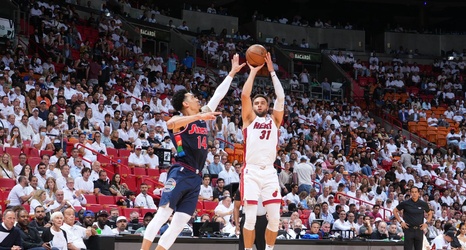 Following Wednesday night’s 119-103 defeat, the Philadelphia 76ers now trail the Miami Heat 0-2 in the best-of-seven Eastern Conference Semifinals. The most obvious reason has been the absence of Joel Embiid, as the MVP finalist is no longer around to be the rising tide that lifts all boats on both ends of the court. At least in respect to Joel, there’s hope that he might be on track to return Friday and turn this series around, even with just one working thumb and zero unbroken faces. The second biggest reason is the simple lack of shot-making by the Sixers.