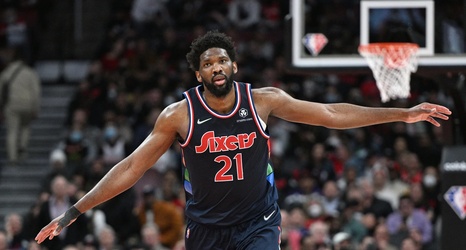 Thus far, James Harden has found himself 11th on the ESPNrank top 100, followed by fellow Philadelphia 76ers Tyrese Maxey (44th) and Tobias Harris (56th). Spearheading the Sixers’ presence on this list is, of course, superstar big man Joel Embiid, who comes in fourth. Last year, he was seventh in this exercise. He trails only Giannis Antetokounmpo (first), Nikola Jokic (second) and Luka Doncic (third). LeBron James rounds out the top five.

Embiid is coming off a career-best campaign, when he finished runner-up in MVP voting for a second consecutive season behind Jokic. He became the first center since Shaquille O’Neal in 1999-00 to win the scoring title.