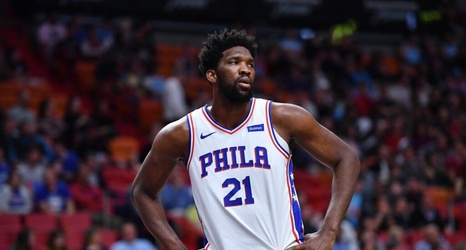 The NBA All-Star game is almost upon us and there’s great news for Sixers fans. Joel Embiid has become the first 76er since Allen Iverson to be selected for back-to-back all-star appearances.

Averaging 27.2 points, 13.3 rebounds, 3.5 assists, and 2 blocks per contest, there is no questioning the dominance of Embiid. While there have been concerns over his fatigue, when he’s firing on all cylinders, he’s been unstoppable.

Embiid leads the league in double-doubles and has been monstrous as a defender this season. His 31.7% usage rate should tell you everything you need to know about just how much the Sixers value his presence on both ends of the floor.