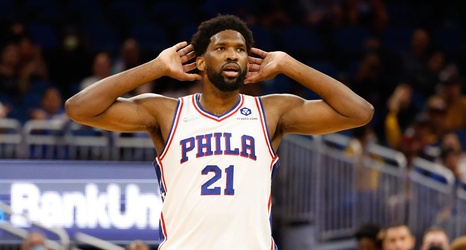 This season’s MVP race has involved the usual suspects: Giannis Antetokounmpo, Kevin Durant, and Nikola Jokic. However, this morning NBA.com’s MVP ladder underwent dramatic changes, and one of them has undoubtedly caught the attention of Sixers’ fans everywhere: All-Star Center Joel Embiid has rocketed from the ninth spot to fourth, one spot ahead of Steph Curry.

Embiid, who finished second in last year’s MVP voting (which, barring injuries and missed games, he would’ve won, but that’s a story for another day) was off to a rocky start this year. Offensively, his touch wasn’t there, and the NBA’s switch to Wilson basketballs might be partially responsible.