Joel Embiid bullies Houston on the way to a Sixers win 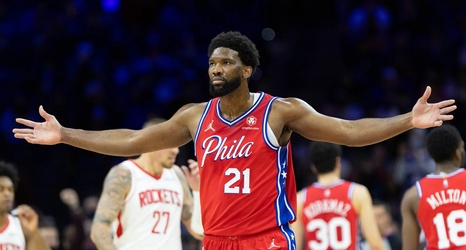 After an emphatic win over Kevin Durant and James Harden this past Thursday, the Sixers survived an underwhelming first half to pull out a win over the Rockets. The W moves the Sixers to 20-16 starts the new year off right.

Here are a few observations from tonight’s 133-113 victory over Houston: