James Harden is lurking as an MVP dark horse 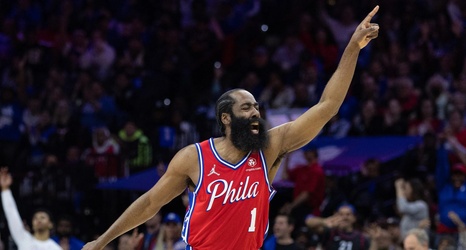 Joel Embiid has finished as the runner-up for the NBA’s Most Valuable Player in each of the past two years, and oddsmakers expect him to be right back in the mix this season. He’s currently a +650 at DraftKings Sportsbook, trailing only Dallas Mavericks wunderkind Luka Doncic (+425) and Milwaukee Bucks forward Giannis Antetokounmpo (+600).

Although Harden deserves to be an MVP long shot heading into the season, he could emerge as a legitimate dark horse for the award.