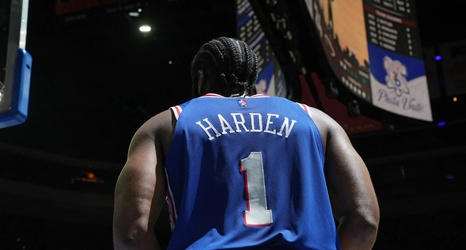 James Harden is one of the most polarizing figures in the sport of basketball.

He’s been an MVP, named one of the top 75 players of all time and put up offensive numbers that would rival just about any player in NBA history. He’s also been labeled a diva, a foul-baiter and a selfish player by his detractors.

Harden has heard it all during his Hall of Fame-caliber career.

“For the most part I’m to myself,” Harden said at Sixers media day Monday. “The media or whatever they take their little jabs and their shots at me or whatever the case may be, but I never respond because I know who I am and I know what I’m about.