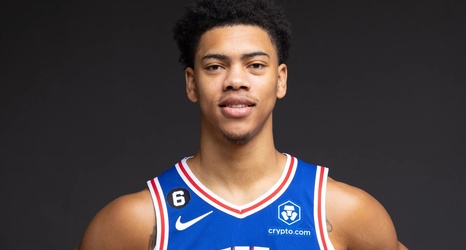 Sixers training camp, taking place in Charleston, South Carolina, is in full swing. It’s the prime time for the team to gain some chemistry, get familiar with new additions and see young players take a step in their respective growth.

Jaden Springer, the Sixers’ youngest player, might be the next guy to take some steps in his development. We’re now two days into the Sixers’ training camp and he’s caught the eyes of several Sixers. P.J. Tucker was the first to praise Springer’s play early on:

“He doesn’t even know how to play yet,” Tucker said (via Ky Carlin of Sixers Wire).