How bad are things getting up in Boston? 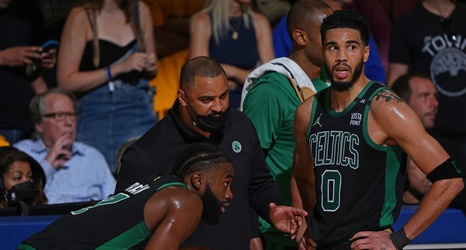 Last June, the dreaded Boston Celtics held a four-point lead, 94-90, at the Gahden up in Bean Town, and were just 5:18 seconds away from taking a 3-1 series lead over Steph Curry and the Golden State Warriors. Sixers mini-villain Al Horford was playing out of his mind, playing to the home crowd, giving knowing glances, oozing pure championship level confidence. The swirling sea of green could smell it, as Sixers Nation likely gagged up our hummus and carrot snacks. (James Harden said he’s being more mindful of his diet, so yeah we’ve joined him in the effort).