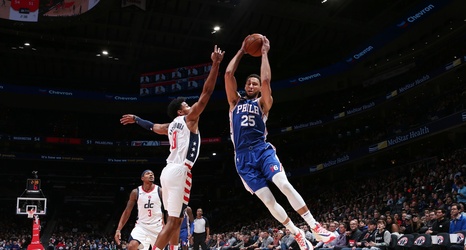 Early on, the Philadelphia 76ers found success in feeding the ball to Joel Embiid in the paint, giving him seven points in six minutes of play. Tobias Harris also had a solid quarter shooting 2-3 from beyond to give him 10 points. After Raul Neto hit back to back clean threes, the Sixers ended the quarter up eight, 33-25, and 6-9 from beyond.

The second quarter was where the Sixers began to struggle, like usual. Davis Bertans completely went OFF in the first half. Shooting 100 percent from both the field and beyond he had himself 22 points.