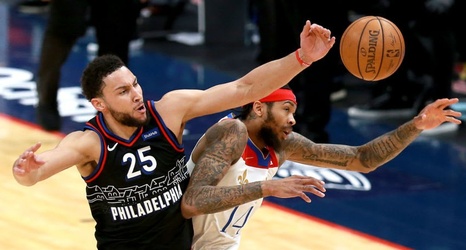 The last time Joel Embiid played against Steven Adams, his finger got mangled. This game would feature a cast of frontcourt players who bang down low and two teams that rely on inside scoring far more often than perimeter scoring.

This is the only game the Sixers and Pelicans will play this season. Both teams’ young stars made it a highly anticipated matchup.

As expected, the game started off physical, with New Orleans crashing the offensive glass. They scored on multiple put backs to keep the game close, while Joel Embiid made an effort to get to the line.