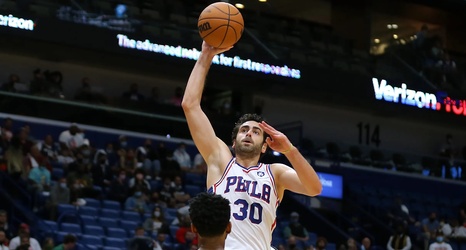 Most were unsure if Furkan Korkmaz would even be a Sixer going forward just a few months ago. It wasn’t that the Sixers didn’t want him back, it was more so the very real possibility that another team would offer a deal he couldn’t turn down. The modern NBA values shooting more than anything, and Korkmaz is one of the most underrated shooters in the entire league.

The Cleveland Cavaliers are just one example of a team that had constant interest in him over the past few years. They were even rumored to be in some contract talks just a few months ago.