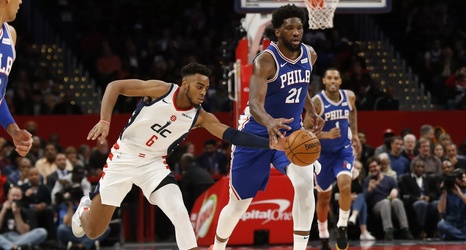 The Sixers turned the ball over 21 times against the Wizards, constituting more than a fifth (21.0%) of their possessions, per Cleaning The Glass. A team just can not expect to win if they’re going to forfeit one in every five possessions, not even if they make over half of their shots from the floor (53.2%) and hit 46.4% from deep. But holding the Sixers as a team accountable for carelessness with the ball is a bit unfair. Joel Embiid and Ben Simmons competed in a game within the game, in which the winner was decided by who could turn the ball over more.