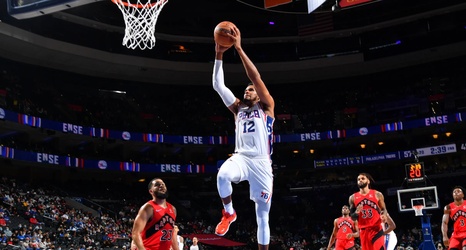 What a difference a few days — and a couple really good players — can make.

With Joel Embiid and Tobias Harris in the lineup, the Sixers beat the Raptors, 125-113, in their second preseason game Thursday at the Wells Fargo Center.

The Sixers came with way more energy than they did on Monday at Scotiabank Arena. It didn’t hurt that their two best offensive players made their preseason debuts. They moved and shot the ball much better than they did up north.

Matisse Thybulle was a late scratch with right shoulder soreness. Thybulle will be re-evaluated in one week, per the team.