Does Daryl Morey’s arrival increase the chances of a Chris Paul trade? 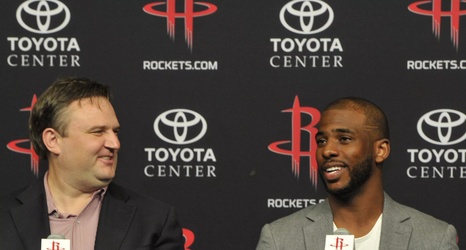 The idea of the Philadelphia 76ers trading for Oklahoma City point guard Chris Paul has been a topic in Sixers circles for months. Team officials had reportedly been seriously debating the notion back in early September. Here at Liberty Ballers, we have had podcasts discussing the mechanisms of getting a deal done, and op-eds clamoring for it to happen already. The addition of Doc Rivers, Paul’s former head coach in Los Angeles, sparked those fires anew.

Now, there’s yet another fun wrinkle to the conversation as Daryl Morey arrives to become Philadelphia’s new president of basketball operations.