Doc Rivers: We Can Win A Title With Ben Simmons 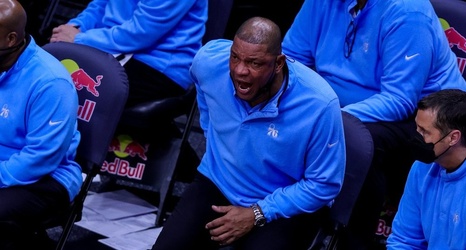 There’s no apparent reason why Rivers decided to join Stephen A. Smith to openly discuss his disgruntled star, but it could be rationalized that it was an attempt to reach out to Simmons. It’s been well documented that Simmons said his peace and then effectively dropped the mic refraining from communication with the organization after that.

With no clear path to Simmons’ ear, whether it be Daryl Morey, Joshua Harris, and Doc Rivers himself, someone decided this was in the team’s best interest, and Doc acted accordingly.