Could the Sixers be planning to pursue Pacers star Victor Oladipo? 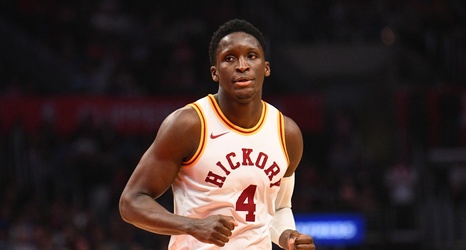 Following the Philadelphia 76ers disastrous playoff run this past season, changes to the team were universally expected to follow during the offseason. The organization already addressed their head coach position and front office structure, and now it’s only a matter of time before they start dealing with their horribly constructed roster.

The Sixers have been connected with a variety of different names as of late, with Buddy Hield and Chris Paul emerging to the forefront. However, a surprise name that was mentioned by CBS Sports’ Michael K-B was that of Victor Oladipo.