Coming in for a Landing Podcast: Breaking down Doc Rivers’ comments about Ben Simmons on First Take 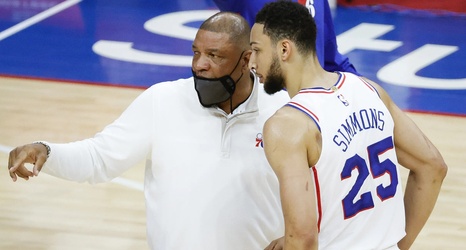 We are excited to announce the addition of a new weekly podcast to our growing network at Liberty Ballers!

Paul Hudrick — who is the lead producer of this site — will be hosting the Coming in for a Landing podcast every Wednesday on the Liberty Ballers podcast network.

In the debut episode, Paul broke down Philadelphia 76ers head coach Doc Rivers’ comments during his appearance on ESPN’s First Take. He discussed the seemingly never-ending Ben Simmons saga with Stephen A. Smith.

Smith asked Rivers about his response to a question following the disappointing Game 7 loss to the Atlanta Hawks, where he asked if Simmons could be the point guard of a championship team.