Catching up on Zhaire Smith: areas of offensive improvement 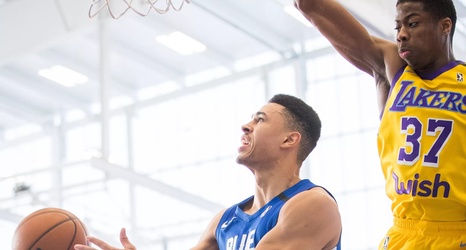 Zhaire Smith has been recalled by the Sixers in response to an injury to Josh Richardson. Really, Sixers fans would prefer Zhaire be called up for almost any other reason. And despite the Sixers being in need of some wing and backcourt production during Richardson’s absence, Zhaire has a steep hill to climb to meaningful playing time. Most likely, Raul Neto, Trey Burke, Shake Milton — these guys are going to get burn before Zhaire.

Nonetheless, Zhaire’s promotion is an exciting development. It’s a throwback to not too long ago, when the Sixers were drafting in the lottery and fans were comparing teenage prospects searching for the sort of upside that just might produce a stud.