Can the Sixers finally shine against the Raptors? 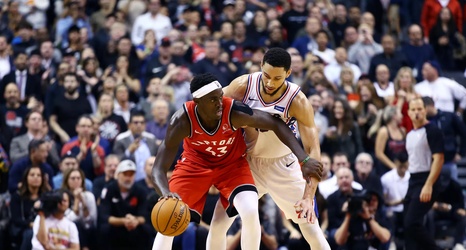 Fresh off their most dominating win of the season last night against the Cavaliers, the Sixers step right back on the court against a different level of competition. More than perhaps any other opponent, the Toronto Raptors have been an enormous thorn in the 76ers’ side. Out of kindness, I won’t recount what happened in last year’s playoffs on the way to Toronto’s first NBA title. Then, in the first meeting between the teams this season two weeks ago in Toronto, the Raptors held Joel Embiid scoreless, sending the Sixers back to America with a 101-96 defeat. I can’t imagine the Sixers having more motivation than to get this win this evening.