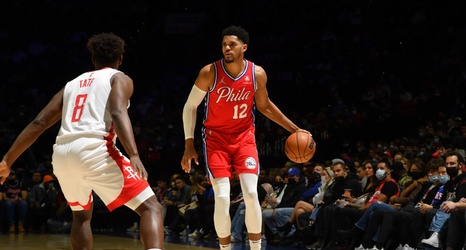 The veteran forward’s rough start to the 2021-22 season continued Monday with a 6-of-15 performance against the lowly Rockets. The Sixers took care of business against Houston after a slow start, but the home crowd wasn’t so friendly to Harris.

The team’s sluggishness didn’t inspire the fans early, and Harris drew their ire in the second quarter.

There are some boos for Tobias Harris. In related news, the Sixers are losing

The crowd started to boo even more, and Harris briefly raised his arms and encouraged them to get louder

If it had ended there, this might not be a story.