Ben Simmons returns to practice and other Sixers notes 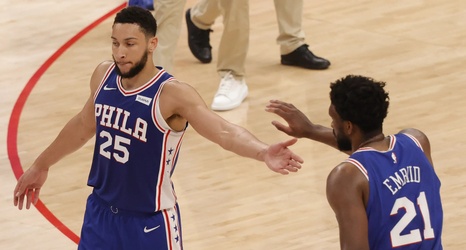 After holding out across the country in Los Angeles during the opening two-plus weeks of the 2021-22 season, Ben Simmons debuted at Philadelphia 76ers practice Sunday afternoon. Among Tobias Harris, Matisse Thybulle, Furkan Korkmaz and head coach Doc Rivers, the consensus evaluation on the star guard’s return was “good.”

Harris said Simmons “it was cool” to have his teammate back on the floor, that he “looked great” and appears in good shape. Korkmaz said he missed Simmons, is happy to share the court with him again and that he “looks good.”

Rivers was a bit more tepid in his assessment, describing Simmons as in “decent shape,” but not “game shape,” though noted his point guard was a full participant in Sunday’s practice.