As trade rumors swirl this summer, don’t include Tyrese Maxey in them 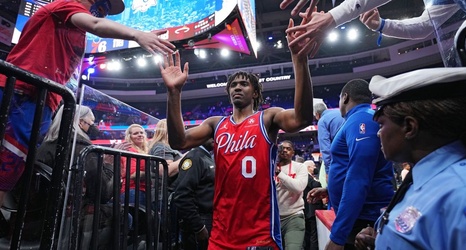 Most people felt like the Sixers got a steal during the 2020 NBA draft when they selected Kentucky guard Tyrese Maxey at No. 21. Not sure anyone expected it to be considered grand larceny.

But here we are after Maxey’s second NBA season and the 21-year-old looks every bit like a budding star.

Maxey’s name came up in the past as Daryl Morey and company were hunting stars like James Harden and Damian Lillard. As rumors surface that Morey could again be on the lookout for another star this summer, you can go ahead and skip Maxey’s name in your trade machine of choice.