Joel Embiid Tried To Hit On Kim Kardashian on Twitter...There Was Just One Problem 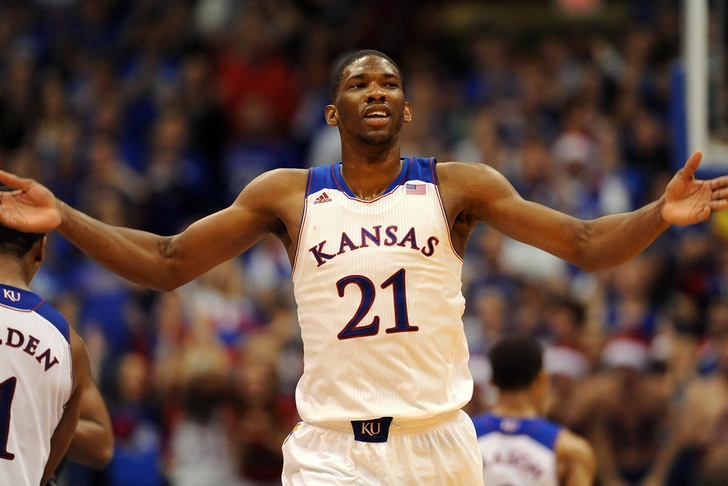 When the 76ers selected Joel Embiid with the third overall pick in the NBA Draft, they knew his foot injury might be an issue. This morning, the rookie convinced many that he needs a lesson in social awareness:

Hey I want you to come slide in my DMs @KimKardashian

It was only a matter of seconds before this became the most widely-distributed tweet of the morning, and Embiid was made aware of Kardashian's (very publicly known) relationship status.

Kanye gonna get you dropped from Adidas RT @JoelEmbiid: Hey I want you to come slide in my DMs @KimKardashian

It appeared to be nothing more than an honest mistake

Oh I didn't know you were married sorry @KimKardashian just saw it from the fan's tweet... have a nice day

No public response from Kim (or Kanye) yet. Either she did indeed "slide" into his DMs, or it's time to get back to rehabbing that foot, Joel.