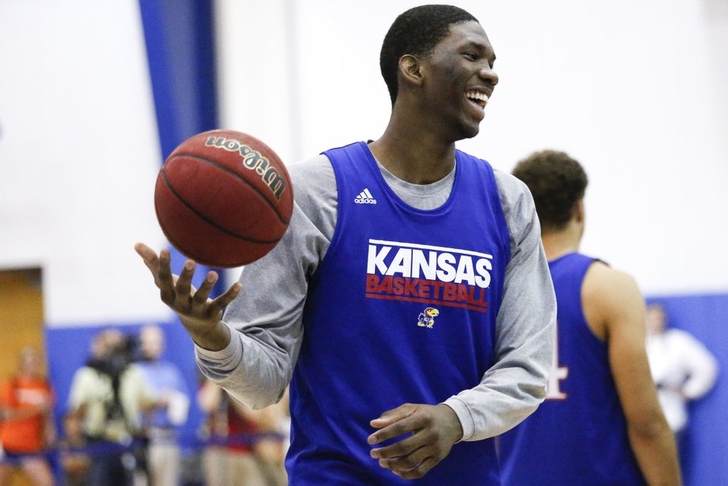 It's been quite a week for 76ers rookie Joel Embiid. Last Wednesday, he asked Kim Kardashian out via Twitter, only forgetting one minor detail: her husband, Kanye West.

Expectedly, he drew a lot of slack over the next few days, including from his mother:

This has to stop. Mom is questioning me if I really wanna date 40 or 50 years old women. IT WAS A JOKE. I'm focused on rehab and basketball.

That focus evidently didn't last too long. Tuesday afternoon, Embiid announced to his now 200k followers that he was moving on to new things.

Embiid is now live-tweeting the entire situation from the third person.

More:Embiid’s reaction“You know in life, you need to experience new things and I just thought that I should shift my attention to a new girl — Joel-Hans Embiid (@JoelEmbiid) July 22, 2014

Just how credible are his sources?

Where do Embiid's shenanigans compare to that time Spike Albrecht leveraged his performance in the 2013 NCAA National Championship to get the courage to ask Kate Upton out? Guess we'll find out.

Best app in the GAME