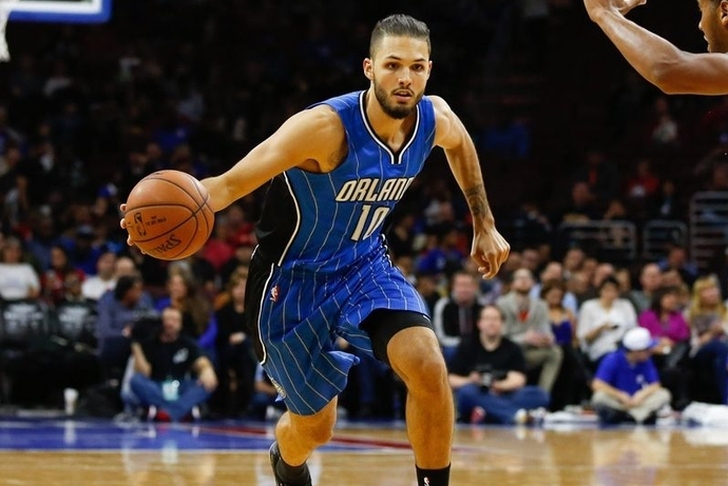 The Philadelphia 76ers landed Ben Simmons with the hope of him helping end a long rebuilding process. But the 76ers also have a ton of cap space and appear ready to spend some of it. They won't land Kevin Durant, but could snag a few young, intriguing players. Here are all the latest Sixers news and rumors you need to know:

76ers Want Patrick Beverley Or Rubio?
Philadelphia is trying to upgrade their backcourt and already plan to pursue Jordan Clarkson in free agency, but are looking at other point guards as well.

Philadelphia explored the possibility of working a trade for Minnesota’s Ricky Rubio on draft night, though that would likely have to be a three-team deal in order to provide the Timberwolves with the kind of veteran help the Sixers lack. Rubio is expected to be available again this summer. The Sixers have also expressed interest with the Rockets in point guard Patrick Beverley, a source told Sporting News.

Both players are reportedly on the trading block, and shouldn't be that expensive to land in a trade.

Sixers Looking At Evan Fournier?
The 76ers' interest in wings Dion Waiters and Harrison Barnes has already been rumored, but the Sporting News has pegged Evan Fournier as another target. Unfortunately for the 76ers, the Magic are expected to match any offer Fournier gets since he is a restricted free agent. Still, with targets like Clarkson, Barnes, Waiters, Beverley and Rubio, it's clear the 76ers are willing to spend money this offseason.

Saric Joining 76ers?
It seems that 2014 first round pick Dario Saric is set to join the 76ers for this coming season. He spoke with Croatian reports Wednesday and announced his plans to head to the U.S. The translated version of his comments are below.

Dario Saric's quotes from today, on going to the NBA / #Sixers THIS season: pic.twitter.com/P3UDmVuOfR

Saric is a 6-foot-10 forward, and was the No. 12 overall pick in the 2014 draft. He's a small forward like Ben Simmons, but provides the 3-point shooting Simmons (and much of the 76ers team) lacks.

Follow our Philadelphia 76ers team page for all the latest 76ers rumors, or download the Chat Sports App!